Storage Software access data based on the semantic patterns. This semantic link is referred to as block correlations.

This semantic link also widely emerged in Graph, as discussed in FlashGraph. Because the semantic links in graph are so dominant, the I/O patterns of graph analysis applications are mainly consist of random I/Os. The random I/Os throughput of SSDs today is only two or three times less than their sequential I/O. This might be because of the cache hit ratio of mapping table look up performance for random I/O is very low, and each I/O will cause one mapping page read and one data page read.

This paper propose a practical black box approach to mining the block correlations in storage systems. 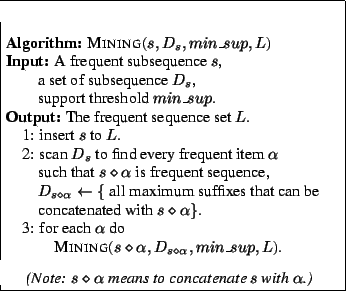 The third step is generating rules from frequent sequences, e.g. if block a is accessed then block c will be accessed. Each rules has an confidence to measure the probable of truth estimation.

The rules generated for real world traces are very small. For 3 days Cello-92 trace, there are 228k rules generated in 7800s (2.1h) with a size of 3.1MB. The rules for a give trace is very stable. So we don’t need to generate new rules constantly.